The charming Trzęsacz is an intimate seaside town situated on a cliff overlooking a wide beach. The property in this location is an excellent solution for people who value contact with nature and the comfort of rest in the vicinity of larger cities such as Międzyzdroje or Kołobrzeg. For each visitor or looking for luxury apartments, it offers not only beautiful and clean beaches, but also a wonderful cliff coast. 200 meters from the investment there is a modern viewing platform with a view of the wide beach and the waters of the Baltic Sea and the ruins of a historic Gothic church on a cliff.

An unusual beach in Trzęsacz

The beach is by far the most important place for people who decide to relax in coastal towns. The beach in Trzęsacz is unique. Located under a high, almost 15-meter cliff, which gives it a special character. The beaches characteristic for West Pomerania are sandy, wide and clean.

There is a viewing platform near the Garden Cliff Residence investment, which is additionally illuminated in the evenings, which gives it a charm.

The ruins of the church

The ruins of the church in Trzęsacz are a very characteristic place in this small, intimate town. It is one of the most fascinating places on the Polish coast. The church was built at the turn of the 13th and 14th centuries, just 2 kilometers from the shoreline. However, as a result of the pressure of the waves, the shore was constantly moving, which caused the northern wall of the building to collapse in 1901, and then its subsequent elements.

The last slide of the church fragments took place in 1994, and now only its southern wall and a small part of the presbytery remain on the cliff. This place is considered a symbol of the eternal struggle of man with the powerful forces of nature, therefore, in 2002, work was carried out to protect against further destruction and storms.

What if every day you could enjoy the beautiful view of the Polish sea and relax while listening to the sound of the waves? It’s not just dreams anymore, everything is at your fingertips.

What else is special about Trzęsacz?

Investing in luxury apartments in the intimate Trzęsacz does not mean the lack of attractions. In Trzęsacz I find the Gryfice – Pogorzelica narrow-gauge railway station worth visiting, which runs in a shuttle during the summer season. For those seeking adventure, paragliding flights from the cliff are organized every year, and for people who value modern entertainment, an interesting place will be the Multimedia Museum on the Klif, which has been operating in a new version since 2014 and you can learn there the history of the ruins of the church and the meaning of the 15th meridian and the legend of Zielenica, which is very popular in this area. The investment in the Garden Cliff Residence Apartments is not only an opportunity to relax in the bosom of nature, but also a lot of attractions ideal for both younger and older people. 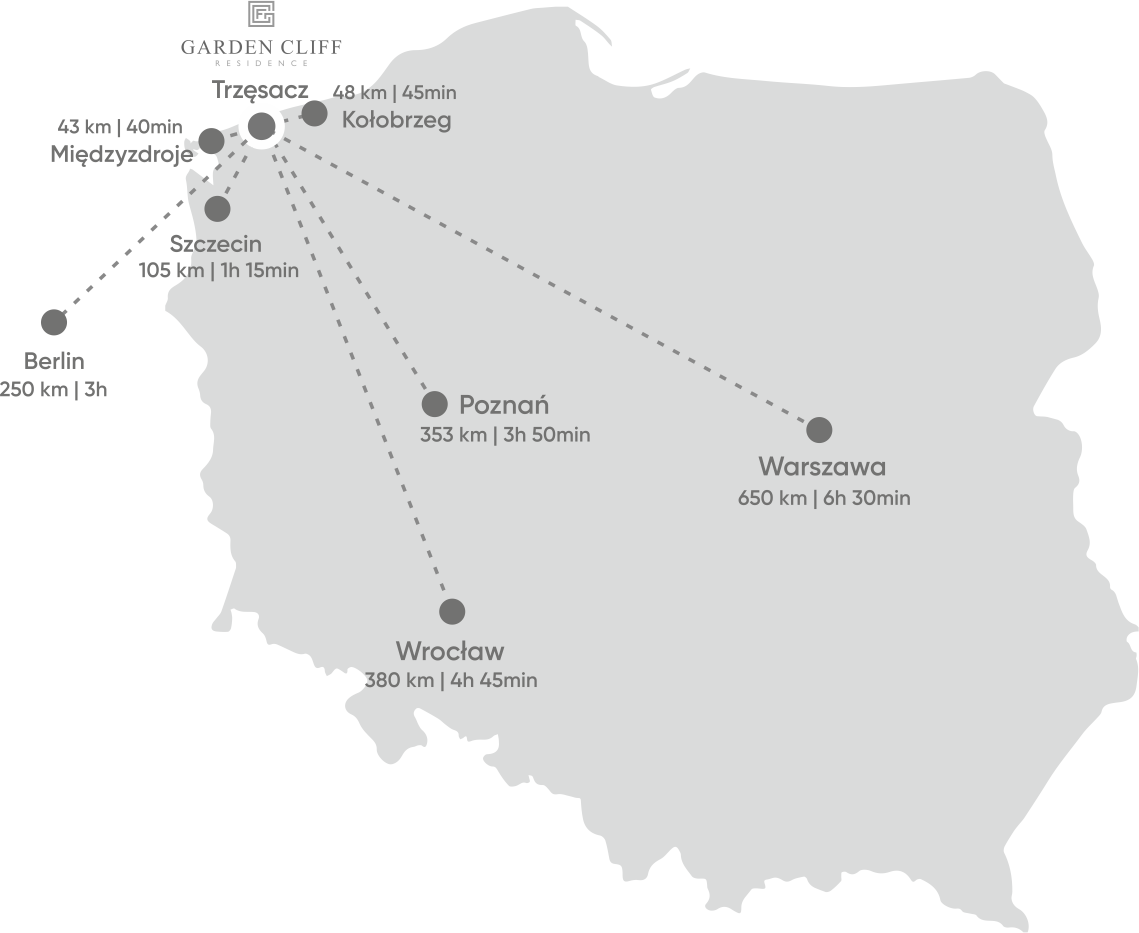 Check out our apartments for sale